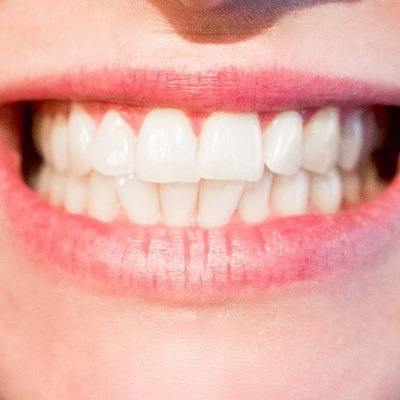 According to the World Health Organization statistics, various periodontal diseases such as gingivitis and periodontitis are present in one form or another in 95% of the world’s population. Even children are at risk, and a detailed diagnosis reveals early forms of inflammation in 8 out of 10 babies. It would not be an exaggeration to say that the problem has become global. Swollen gums and bad breath are no longer just scary pictures from toothpick ads, and they’re also a real threat to a significant population segment. Periodontics & Gum Disease Treatment in Dubai, Abu Dhabi & Sharjah also has the same statistics.

When a child is born, his oral cavity is sterile, but a mass of microorganisms appears in it within an hour, which will be with him throughout his life. Most of them are either harmless or even useful, but only as long as their number does not go beyond the norm. These actively multiplying microbes provoke inflammation which in the early stages is accompanied by symptoms such as:

What are the Primary Diseases?

These are diseases that affect the tissues surrounding the tooth, especially the gingiva, alveolar bone, periodontal ligament, and tooth root.

It occurs due to inflammation of the tissues that support the tooth due to a buildup of bacteria called plaque.

They can be divided into two categories:

Quick Tip! With timely initiation of appropriate treatment, the progression of the disease can be stopped.

When Should you See a Doctor?

Typically, gums have a light pink color and are slightly spotty. It is a problem as soon as this spotting disappears and the entire surface merges in one red color. The upper layers of the periodontium begin to swell, the gingival papillae inevitably increase and bleed. At this stage, it is still possible to eliminate unpleasant symptoms and stop the further development of the disease by professional oral hygiene.

So, see a doctor as soon as you notice any of the following symptoms:

At the initial stage of the disease, there is swelling, redness, enlargement of the gingival papillae, and periodic bleeding. No destructive changes in the periodontal tissues have yet occurred, and it can still be solved by professional, hygienic cleaning of the oral cavity. Depending on the severity of the disease, several visits to a specialist may be required. The importance of personal oral hygiene is also explained; the patient is taught how to care for the teeth properly.

At the second stage of the disease, more invasive treatment is used, and, in this case, it is not possible to cope with the illness by hygiene measures alone. The following surgical operations can be performed at this stage:

It is a surgical procedure that consists of detaching a gingival flap and cleaning out periodontal pockets of pathological tissues, dental deposits, and granulations in the tooth area. The technique makes it possible to reduce tooth mobility. The surgery not only provides stabilization of the periodontium but also eliminates the periodontal pocket and, in addition, makes it possible to treat bone tissue with the help of synthetic material.

Reconstructive surgery can add to the existing bone if the problem has progressed so much that the bone structure is also missing. The tissue is transplanted to become part of the body. It is used in dentistry to create a solid foundation for dentures.

It is performed on the soft tissues of the oral cavity in the gum area. The treatment uses grafts to restore the surface of teeth that have suffered from receding gums. When they are covered with new gum tissues, their appearance is improved, and the teeth are protected simultaneously.

The gum diseases can often come back even after the treatment. It is imperative to follow all recommendations and visit a periodontist regularly.

Otherwise, the disease recurs and becomes even more challenging to overcome. Maintenance treatment includes visits to the dentist’s office 2 to 4 times a year. He re-evaluates teeth condition, performs professional oral hygiene, and decides what treatment is necessary.

Quick Tip! Careful daily oral care and regular visits to the dentist will help keep your teeth healthy for many years.

The cost of Periodontics & Gum Disease Treatment in Dubai, Abu Dhabi & Sharjah can range from AED 999 to AED 9,999. The doctor will determine the actual price after the initial consultation.

The earlier you start the treatment, the better it will be. Fill out the consultation form below to book a free appointment with the experts at Enfield Royal Clinic.